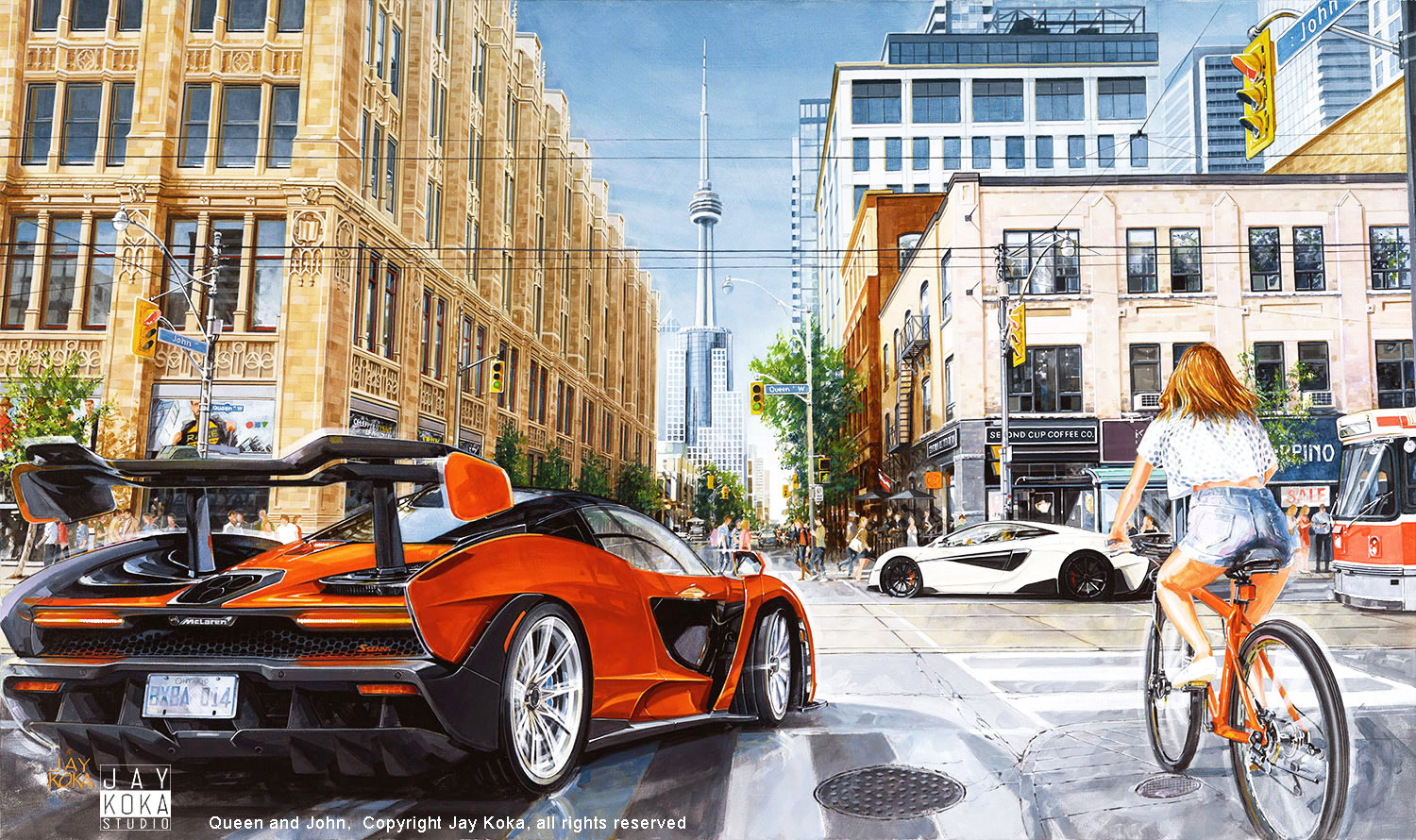 For many years the tallest free-standing structure in the world, the iconic CN Tower forms the focal point in this view of downtown Toronto. Opened in 1976, the 1815 ft high tower is still the highest structure in the western hemisphere and is visible for many miles as you approach the city.

The Senna, on John Street, approaches the busy intersection with Queen Street in the heart of downtown. On the left corner, the Bell Media building. This neo-gothic building was built in 1913 and originally served as the headquarters of the Methodist Church of Canada.


It went on to be known as the home of Chum/City TV and "MuchMusic". Its major function continues to be a broadcast center. On the right corner, a Second Cup Coffee Co. store, another Toronto fixture.

Featured in the work: the hot new McLaren Senna and a McLaren 600LT.

Koka: "Although I live near Toronto, neither car is mine and the girl isn't my wife... but the bicycle is mine. I should also point out that while the reproduction shows the work as originally painted, the original was subsequently altered to represent the painting owner's cars. The Senna was altered for color detail as well as the owners license plate. The 600LT was recolored to grey."

The 60x36" (150x90cm) acrylic on canvas is a major new work. The original painting is in a private collection.