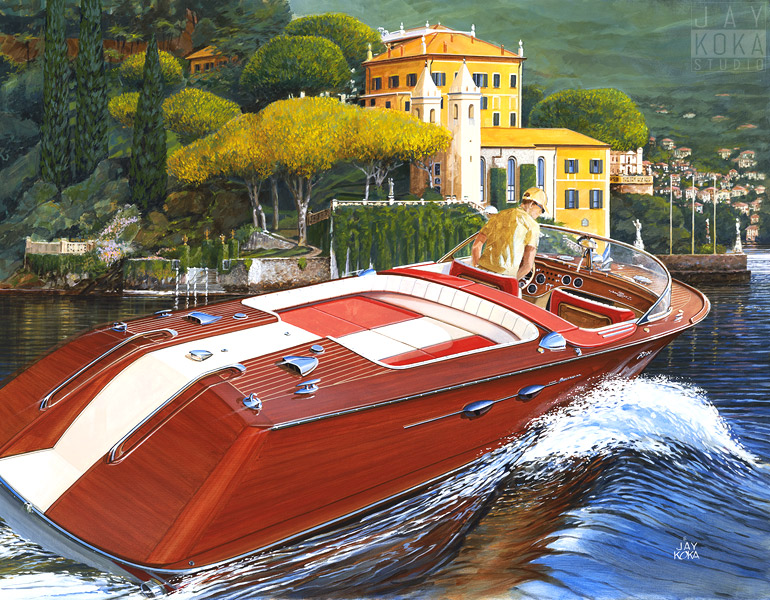 The ultimate version of the legendary twin-engined Aquarama, the Aquarama Special featured a longer, more efficient V-hull design, more power from two 350 horsepower Riva V-8 engines, and numerous luxury details. This 1974 was the final mahogany runabout built by Riva, with the very final example being delivered in 1996.
Villa del Balbianello is perhaps the most beautiful and most famous villa of Lake Como, located on the tip of the Lavedo Peninsula (also known as the “Penisola del Balbianello”). Since the 13th century, there was a monastery of Franciscan friars on the Lavedo penninsula. The property was taken over by Cardinal Angelo Maria Durini in 1785 and two years later, he began the conversion of the monastery into the Villa we know. This Villa is composed by a structure of two splendid buildings, surrounded by a magnificent garden that continues on large terraces directly on the lake, built to have a 270° view of the surrounding landscape. 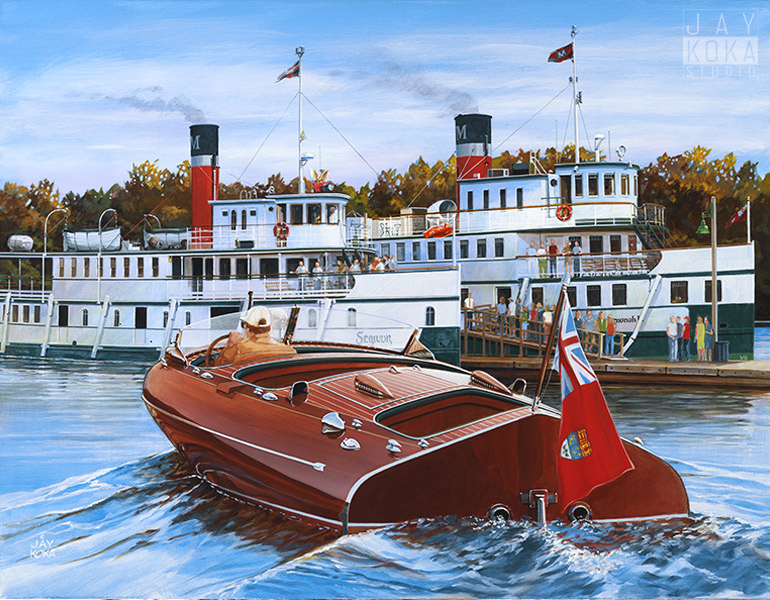 This new original work features an early Doug Van Patten design Greavette 24 Foot Streamliner. This beautiful craft is an excellent example of the design of the era and a perfect representation of Canadian craftsmanship.

The setting is the Gravenhurst Ontario harbor with its iconic steamships in the background... the 130 year old historic steamship R.M.S. Segwun and the modern replica steamship Wenonah II. Built in 1887, Segwun is North America's oldest operating steamship and was originally designated a Royal Mail Ship. Wenonah II, was launched in 2002 and combines turn-of-the-century charm with modern conveniences.