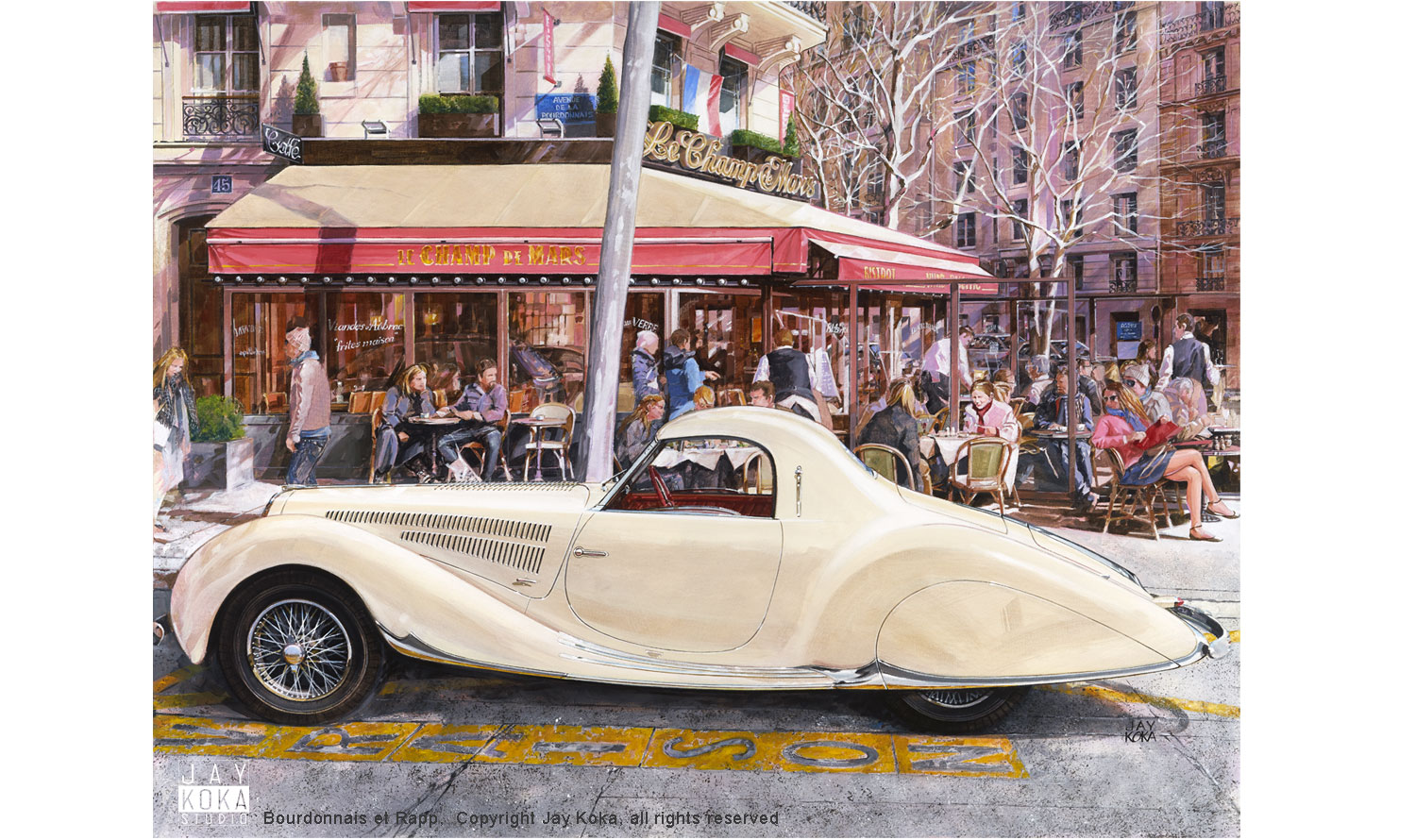 Cathy's and my walk on a beautiful sunny February morning in 2018 in the Champ de Mars area of Paris has been exceptionally fruitful in providing inspiration for new works. (The park is named after the Campus Martius (Mars Field) in Rome, a tribute to the Latin name of the Roman God of war.)


Don't bother looking for yourself if you happened to be at the cafe that morning: all of the patrons are "made up" (except for the waiters) and tables have been moved around to suit the painting. The cafe is called Le Champ de Mars, a natural painting title but when contemplating a name for the new work, I decided the painting needed its own name apart from the cafe.

The magnificent 1938 Delahaye 135MS Teardrop Coupe is parked in the "LIVRAISON" zone, and, like the patrons has probably never been there... but... it is at home where it belongs: in front of a cafe in Paris, France. The elegant and sensuous Figoni and Falaschi body mirrors the architecture of the cafe and the neighborhood. It just looks right. The 44x34" (110x85cm) acrylic on canvas is a major new work premiered at the 2019 Retromobile Show in Paris. The original painting is in a private collection.