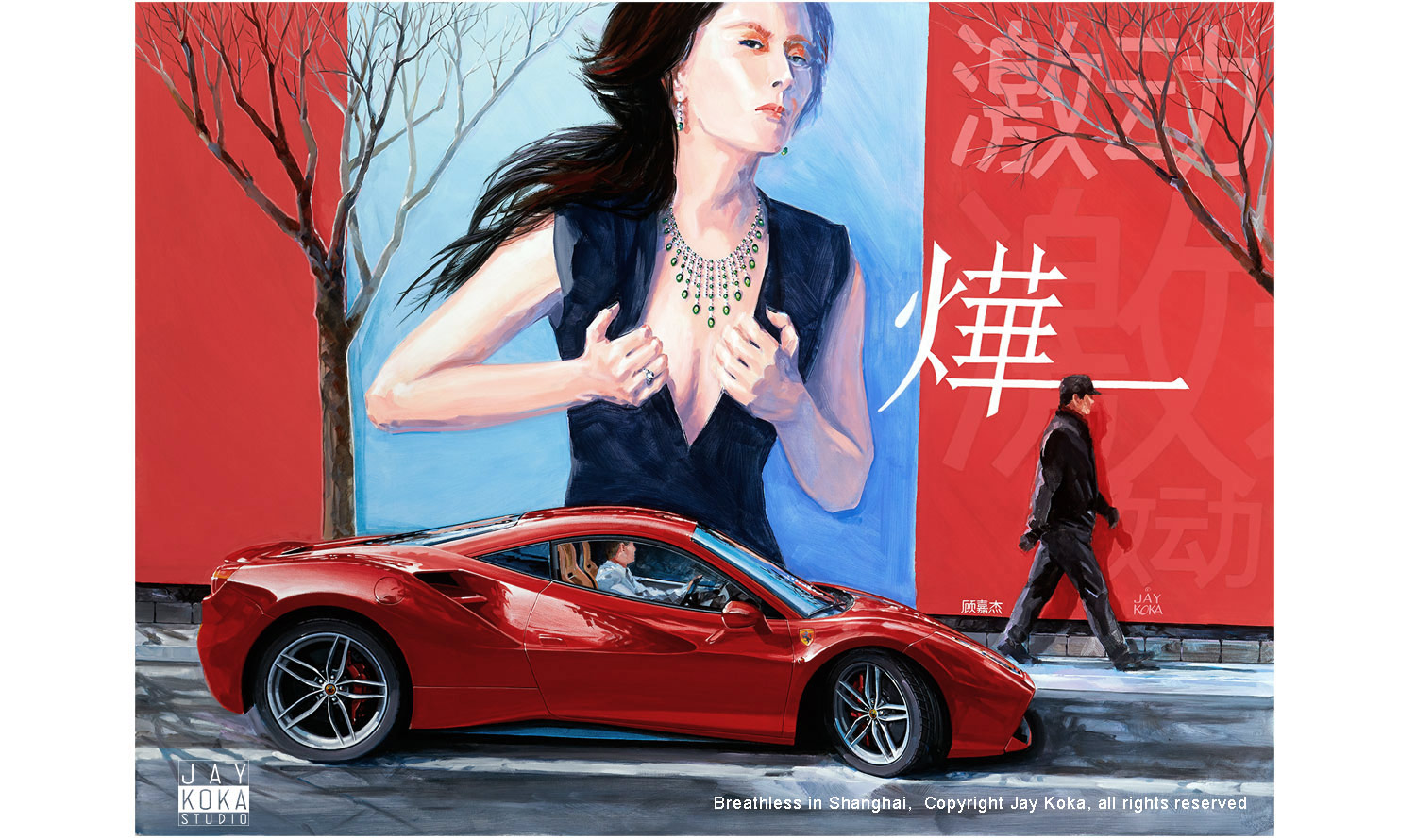 Jay Koka: “I saw a photo of a billboard in Shanghai about six or seven years ago and sort of filed it in my mind and my “ideas” folder. I found that there was something really captivating about the model. She is obviously quite beautiful but sort of in your face with attitude at the same time. A look I couldn’t resist…

Half a decade later I finally got around to doing the painting and having no idea whatsoever about the Mandarin text on the billboard I proceeded to develop my own. The core of the idea…the concept of the painting is that she, her spectacular emerald jewellery and the Ferrari 488GTB will leave you “breathless”.


I had almost completed the painting with the word “breathless” in white characters as the major message of the billboard. I have an advertising background and for some strange reason one day the thought occurred to me that the word may be wrong… right word but wrong meaning in that context in another language and culture. A mistake that has been made by many advertisers over the years.

I contacted a Madarin speaking aquaintance and, sure enough, I had the wrong word. This was a major calamity because it was right in the middle of the painting occupying a large area that was going to be a major problem to change. It took five days to remove the paint from the area and another three to repaint the area with the correct word.

The new word is, loosly translated, “Wow”. Actually it means “Ye” in Mandarin which would be the exclamation made by someone in Shangahi under the circumstances. The small text at the bottom? I think most people can figure out what that says.

This is an exceptionally striking painting. Not just because of its large 60x44” (150x110cm) size, but its content and color make it impossible to ignore on a wall. A long time in the making, I am very happy with the result.”