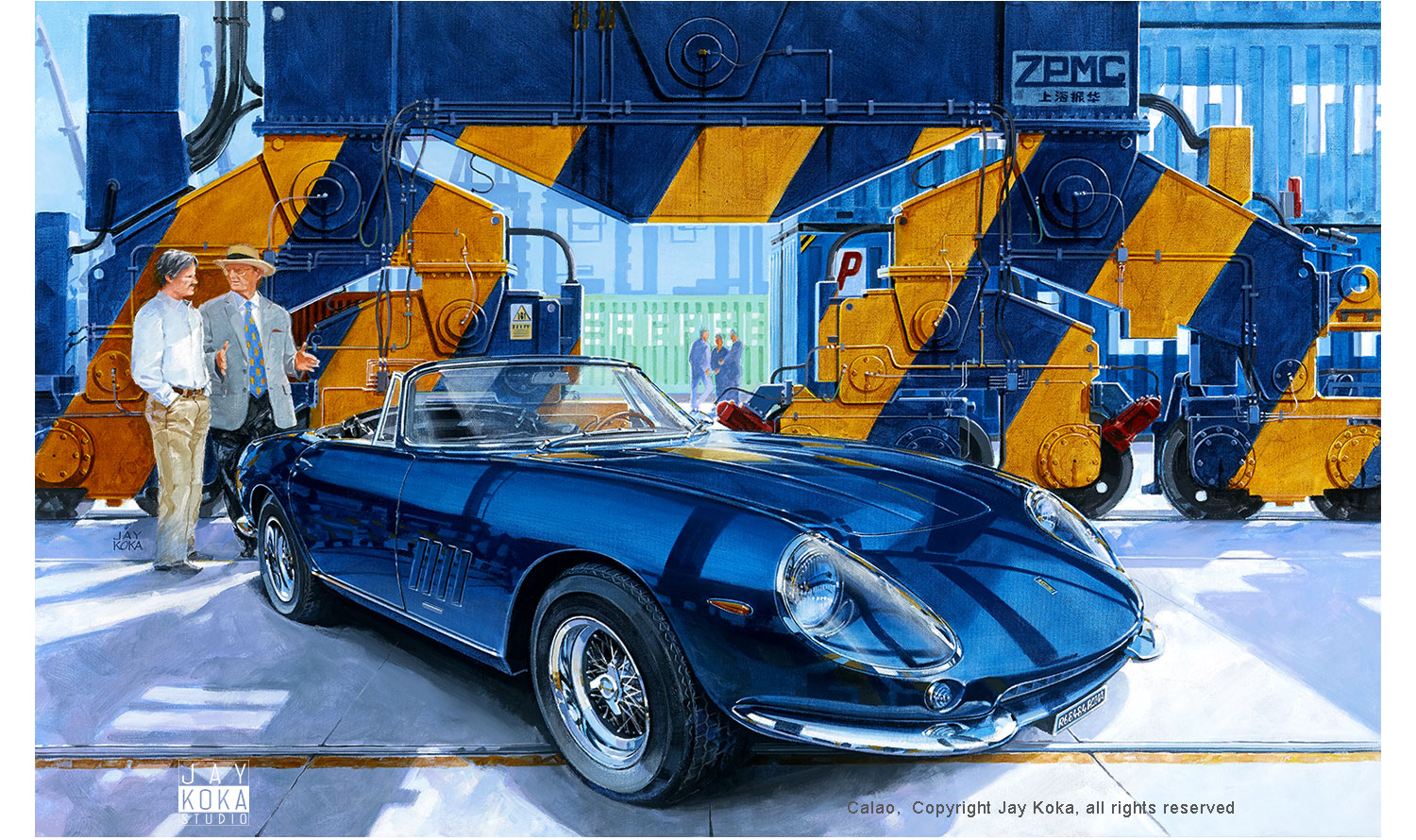 Jay Koka: “Cathy and I went on a long ocean trip to South America in the spring of 2014. Five countries, 4,800 miles and one week on the ground in Peru took us to a fabulous range of cultures and both mundane and exotic locations (yes, we went to Macchu Picchu). We visited a large number of seaports and I very quickly became enamored with the gigantic container cranes. Gigantic does not do them justice... you actually have to stand underneath one of these incredible machines to fully appreciate their scale.

Calao is the seaport for Lima, Peru. Since we had already spent a full week in Peru, we decided to stay on the ship while it was in port in Calao. As such, I had the opportunity to walk around and, much to the concern and displeasure of the port security people, very thoroughly inspect and photograph every detail of the cranes. I can only imagine what it looked like when I took my huge number of reference photos at every angle imagineable.


The cranes at Calao are manufactured by “ZPMC” Shanghai Zhenhua Heavy Industries, the largest manufacturer of port equipment in the world. The Calao cranes are actually all blue. This concerned me because

I was already thinking about my painting and was distressed that the machinery, which is very complex and interesting, would end up looking like a “wall of blue”. The answer, the solution, came a week later in the port of Cartagena, Columbia where I saw a few cranes at some distance with these diagonal stripes, no doubt in place to warn traffic of the machines.

The 1967 Ferrari 275GTB/4 Scaglietti NART Spyder I photographed in 2013 at the Pebble Beach Concours was selected because, aside from being a drop dead beautiful car, it is more or less the same color as the crane. While I did not want the crane to be a “wall of blue”, I also did not want to place a color in front of the crane that would become too much the focus of the painting.


I am immensely pleased with the outcome of this techincally challenging painting. Although that Ferrari probably never came anywhere near that port, somehow the car and the crane live well together.”

This major new work premiered at the AFAS Exhibition at the 2014 Pebble Beach Concours and won an "ATHENA AWARD OF EXCELLENCE 2014".