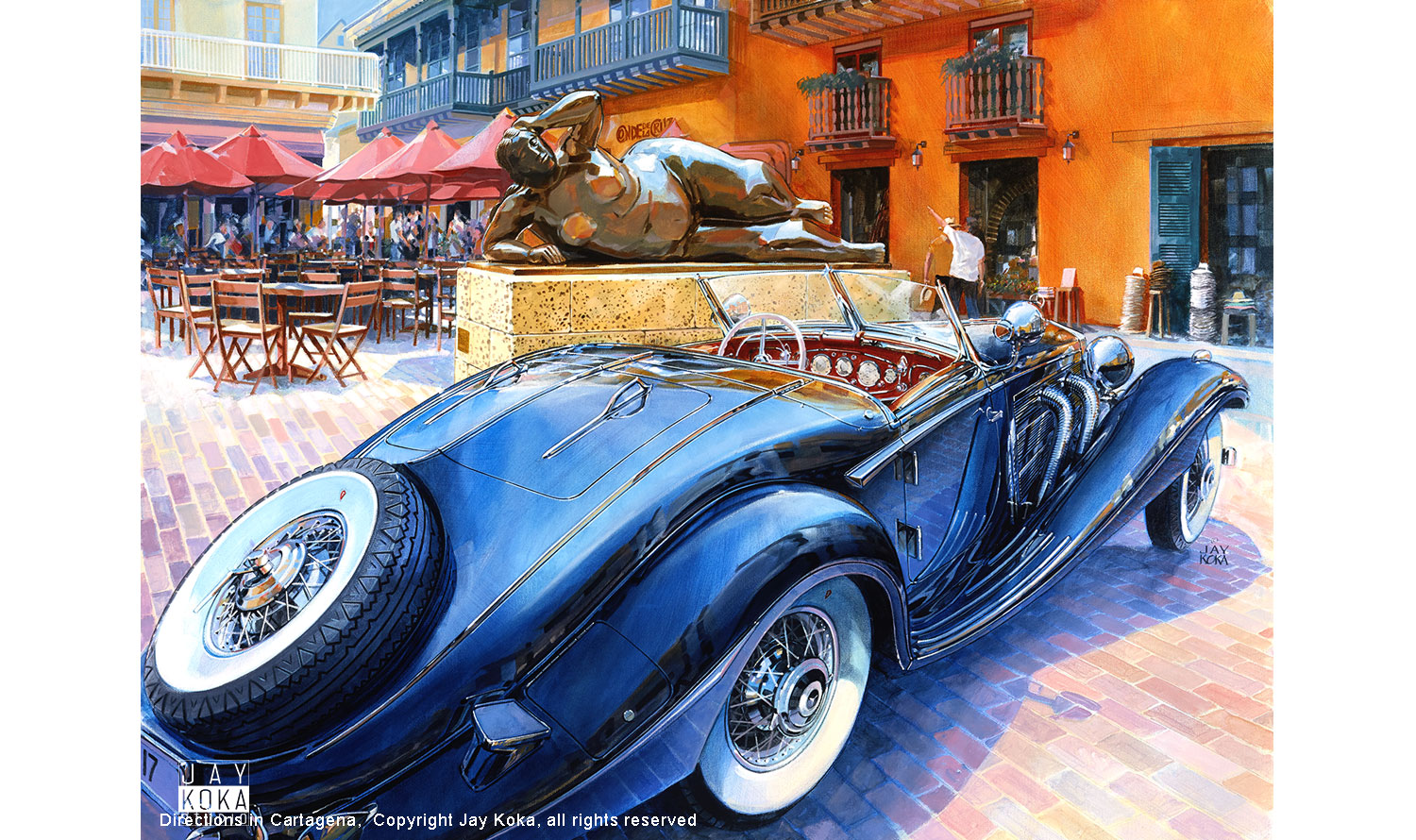 “Cathy and I went on a long ocean trip to South America in the spring of 2014. Five countries, 4,800 miles and one week on the ground in Peru took us to a fabulous range of cultures and both mundane and exotic.

The range of cities in South America is astonishing. From the modernity of Santiago Chile and of 10-million-person Lima Peru to tiny, historic Urubamba, the bounce from today to hundreds of years in the past can be disarming. But one thing is evident from country to country: a great care and respect for the past that we in North America seem to have lost. The quality of care and restoration of “old” or “center” parts of cities varies but I would place the walled city in Cartagena, Columbia at the top of the list.


Although still a work in progress, many spots in the old city are simply, irresistably beautiful. Plaza Santo Domingo is one of these special spaces and no less for featuring Fernando Botero’s definitive work “Gertrude”. Unfortunately we approached her through a sidestreet from the rear so we didn’t really get that “oh wow” moment until rounding the statute. It is perhaps one of Botero’s best know works exploring figures in both two and three dimensions with large, exagerated volumes.

I knew there was a painting in this setting almost immediately. But selecting the right vehicle would be crucial to the success of the work. I wanted something that would compliment Gertrude’s voluptous curves but not something so outrageous that it would battle the work of art for attention. I wanted the painting to be about two works of art, each a masterpiece in its own right.

I had admired a 1936 Mercedes-Benz 540K Special Roadster at the 2013 Pebble Beach Tour as well as on the Concours field itself. Not a wasted line, not an unecessary line anywhere… the Roadster has all the beauty and design integrity that made the 30’s such a Golden Age for automotive design. The fact that it is black just made my decision that much easier.”