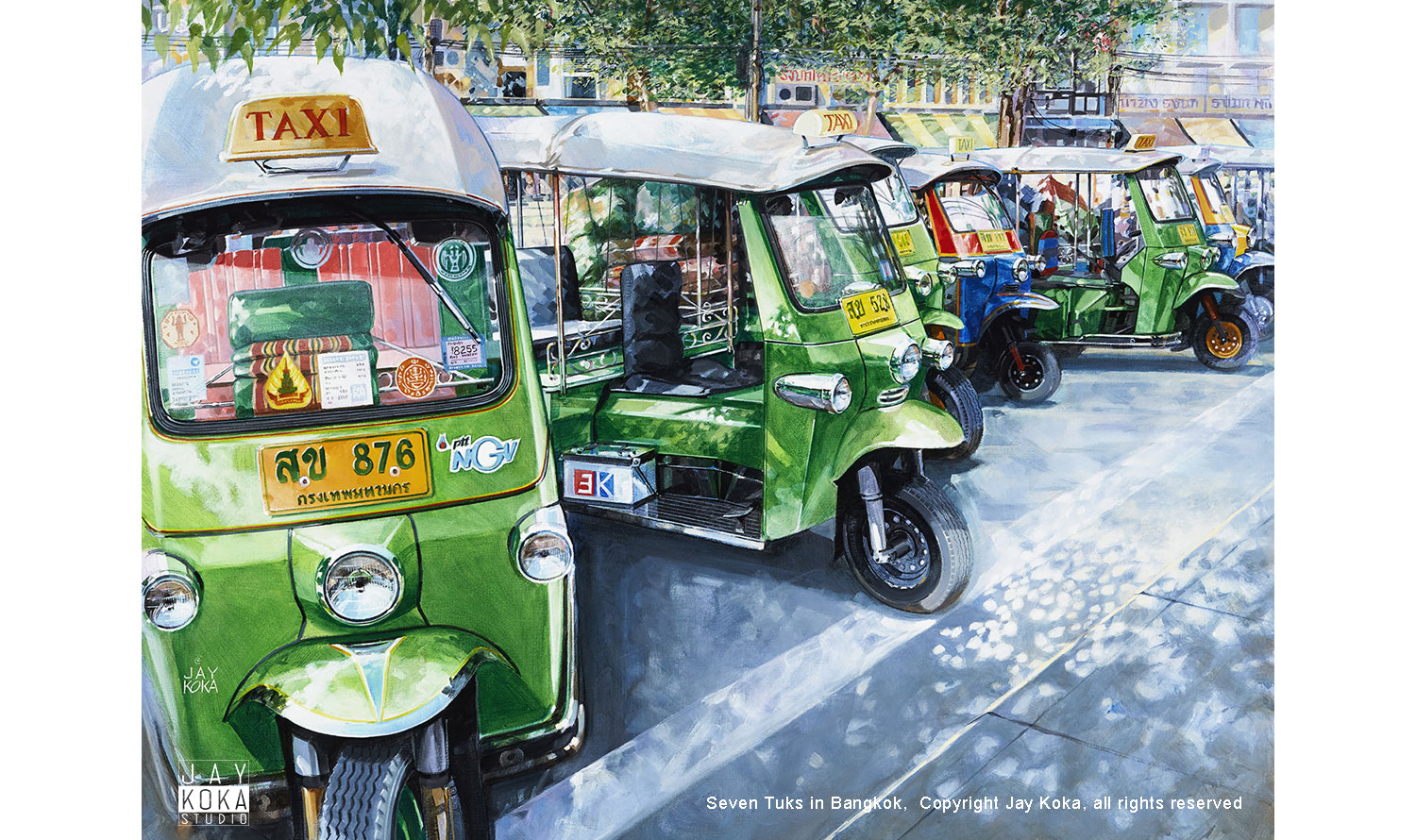 “Like everyone else, I thought that Tuks are all the same... as cool as they are, they are really nothing more than overgrown 3-wheel motorcycles. Bangkok is home to an astonishing number of them, more than anywhere else I've been and it's when you see them in a group, standing still, that you start to have an appreciation for how different they truly are from one another.”